I Acted Weird But So Did They

. . . . Two plump robin red breasts bopping along the Houston side sward of an NYU faculty housing complex.  I yelled at them, “What are you doing here?  A blizzard’s coming!" Along came a guy running nude except for earbuds, fone in armholder, shorts and sneakers.  Behind was a woman, and her dog, bundled up in matching parkas and boots.

The storm had already begun by 9 AM,  though mildly, with something between rain and snow falling. It’s going to snow here until about midnight tomorrow, Windydotcom says.  Good thing I went out yesterday for more milk and etc. If what They Say is the Great Blizzard of '22, highways and other transportation systems could be shut down for a while, i.e. also supply lines.

There is the additional relief too, that the super was able to fix the bedroom radiator yesterday (this necessitated shutting down the building's boiler while doing so), so we can now turn it off as well as on.  The next nights and days will be bitter, They Say.

The latest news for NYC and Covid is the new "Stealth" variant has been detected here.  This one seems to be even more contagious than Omicron.  So one does wonder if by mid-February we'll be back to mid-December, thanks to Stealth, and to Typhoid Sarah Palin and So Many Others just like her.  You know, I am getting mighty tired of this.

Due to inflation and the Fed's attempts to deal, covid, weather, Ukraine, crypto, and o so much more, the markets are roaring bears, for the most part.

Thus the first month of 2022 concludes with things maybe even worse than they were before?  Despite the astounding economic growth? and that hardly anyone who has been vaccinated got sick enough to be hospitalized or die?  Despite the splendid new White House kitty, Willow, who has the a face so adorable, even people who don't like cats cannot help but be charmed? 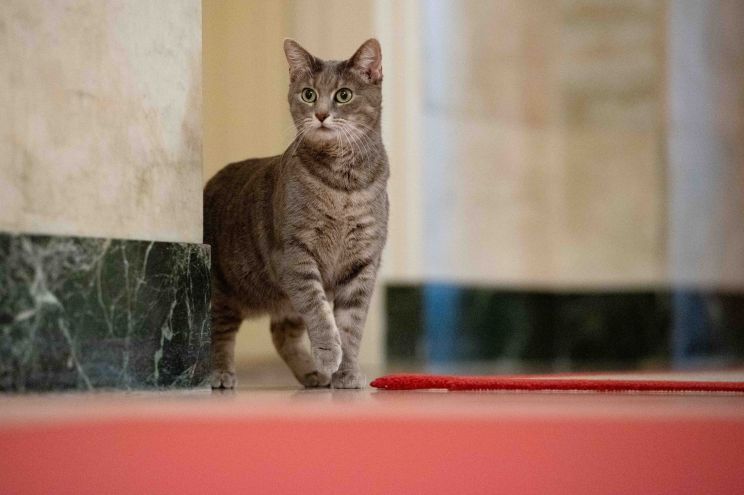