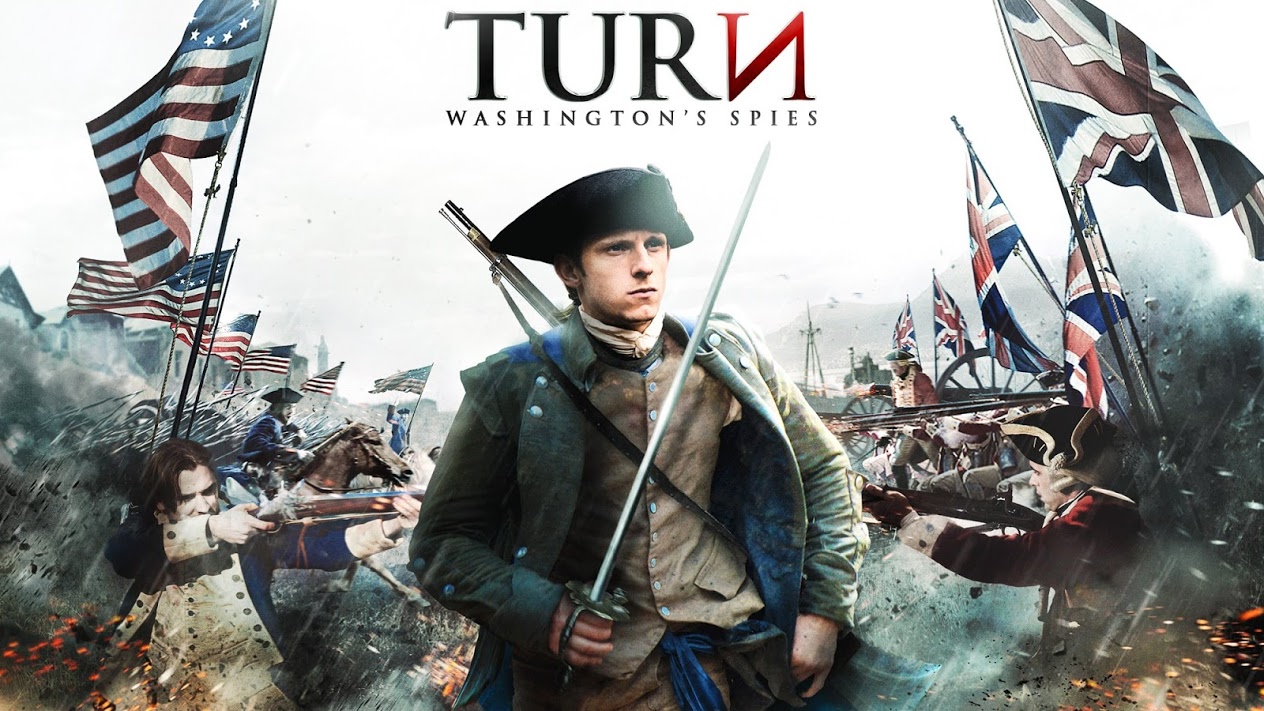 I’d recently re-read Alexander Rose's Washington’s Spies (2006).  So, once again, I was struck how different the actual people in the Culper spy network were from the  characters in the AMC historic fiction drama.

Last night I began making a dinner that wasn't out of holiday left overs, of which there is a great deal,  while making lists of packing for Cuba -- where, unlike here -- it's in the 80's (here we are down to 12°, 13° and 14°).  With dinner safely in the oven, I wrapped the Finland wool cape around my Shetland sweater, poured a glass of gift wine, put up the feet and happily departed from the here and now.

Due to time limitations I had put off watching these last episodes of Turn's final season for these last days in the turn between 2017 and 2018. They were  perfect viewing for this liminal period as the season turns to winter (and lordessa, has it EVER turned into winter here!) and to the next year.

Even though in Turn it is hot, sweaty Virginia during that turncoat traitor Benedict Arnold's campaign (like Cuba will be next week!) --still this final season of Turn felt appropriate to this interregnum of frozen time.  Arnold's is the campaign which got Thomas Jefferson pilloried for the rest of his life as a cowardly Virginia governor who ran from Brits (who burned Richmond).

My goodness! The writers even accurately deal with Benedict Arnold's Virginia campaign! And though historically Simcoe and Caleb Brewster were at Yorktown, but -- the rest of it -- the prolonged final showdowns among Caleb Brewster and Abraham Woodhull to take out Colonel Simcoe, was pure fiction. Yet, despite some plot convenient departures from fact, -- and speeding up in time -- most of this is remarkably true to the events as they occurred.

It was a pleasure to see Turn's interpretation of the Westover Plantation and Yorktown, where el V and I spent a lot of time back in 2012.

However, the true finale of Turn – it is so not historical, though emotionally satisfying as everyone ends up with whom they should be with, after the long personal revolutions in personal relationships which, presumably? were caused by the upending and chaos of the times in general.  But really, beyond Tallmadge, nobody ever knew or learned the names of the Culper Ring, not even Washington.  So Washington writing Abraham a check to cover his not insignificant out-of-pocket expenses and losses is entirely goofy – particularly as Washington himself was broke and in debt at the end of the war.

But the only real problem, it felt to me, that Turn suffered was from their laudable desire to include African Americans among their significant characters. However, as African Americans did not support the War of Independence that didn't include abolition of slavery among its objectives, and did overwhelmingly support the British, who did provide escape from slavery, this through line through the arc of Turn's four seasons, and the characters of Peggy Shipton's maid, her son and the father of the son, was always muddled.

The greatest irony, in terms of Turn, in which Colonel Simcoe is always the most bad of the bad, is among the accomplishments for which is he is most noted after the events of War of Independence, is as governor of Canada.  He supported and sponsored abolition of slavery, and providing substantial legal and administrative support of those African Americans who escaped from the young Republic to Canada.

I truly wish PBS or netflix -- preferably netflix -- would sponsor other dramatic series of US history. 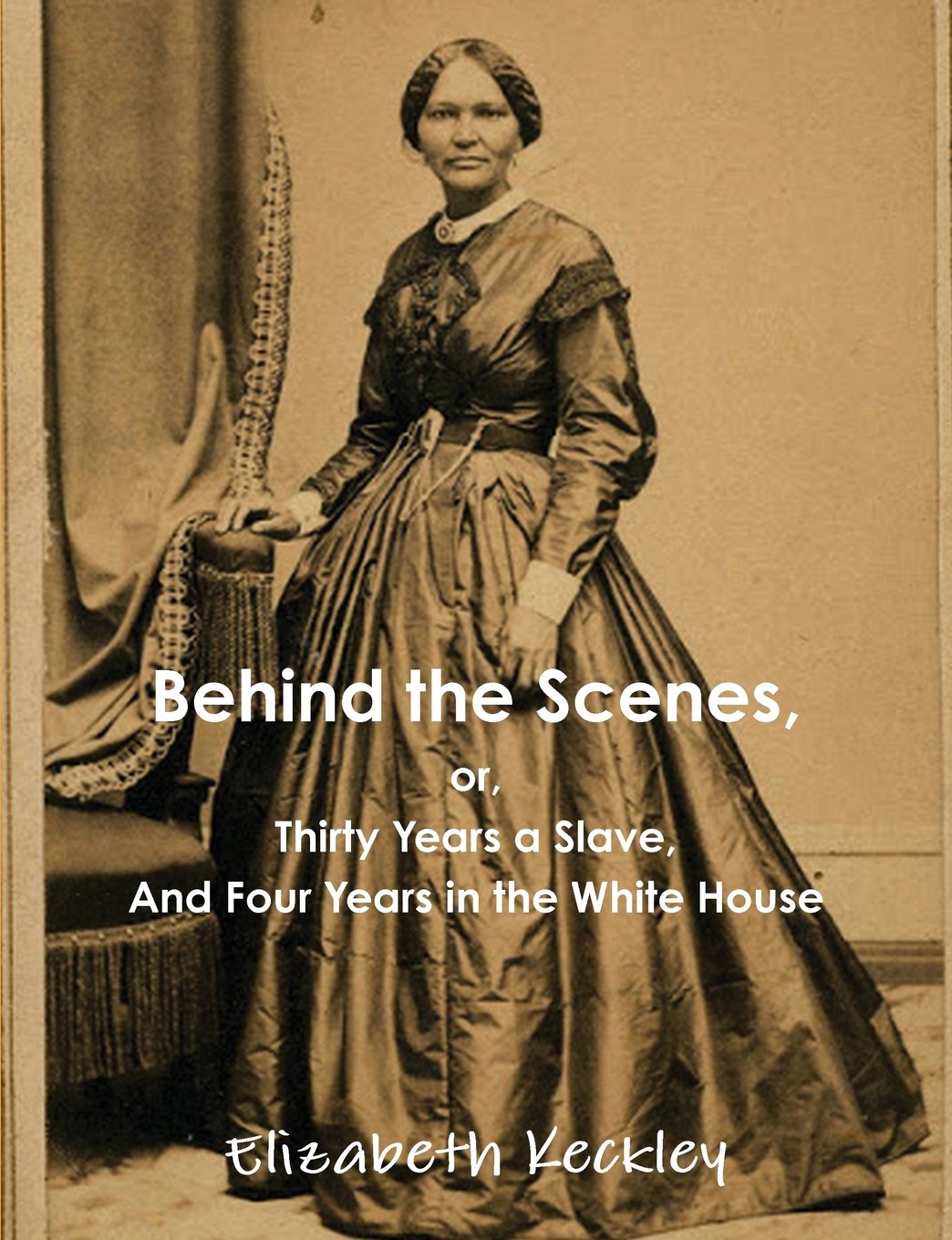 What a brilliant series would be one focused on Elizabeth Keckley, who earned the money to buy her freedom from slavery, and who, in Washington D.C., became the first couturier in the United States, who at a moment, dressed both Mary Todd Lincoln and Varina Davis, and who was in the White House constantly with Mrs. Lincoln during the war.

Or what came to be called the Christiana Riot of 1851, a shoot-out between a Maryland slave owner, his sons and supporters, and the free African American Pennsylvania farmer, William Parker, his sons, wife and neighbors in defense of a group of slaves who were going for freedom. 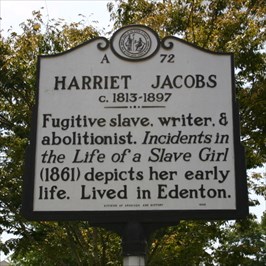 Or -- holy cow!  Harriet Jacobs's Incidents in the Life of a Slave Girl!

Our national history is as filled with brilliant events as any other nation's.  We should take advantage of this instead of, when we bother at all, re-doing all the same few, phony, fake false fantasies of ourselves.  That Turn didn't do this made all the many satisfactions of the series.

Posted by Foxessa at 3:26 PM No comments:

It Is Christmas! Finally!

. . . . Bright blue sky such as we've not seen for a week. It rained for hours after midnight.

Last night I was quite miserable on behalf of Santa and his reindeer in this part of the sky. This afternoon it's quite cold, getting colder. Down into the deep freeze by the middle of the week.

Listening to Spanish court Christmas music of the Renaissance -- villancico. The term villancico mostly refers to secular compositions from the 15th and early 16th centuries, which are among among the earliest sectional music -- containing solo and polyphonic sections. These Spanish musical compositions are among the very first to be published that are specifically conceived for instruments; namely, a set of duets on different pitches, or tonos. However, among the generally secular villancicos are Christmas-themed, religious compositions.


Those from a little later -- the high Renaissance -- reveal the significance of Franco-Flemish influence on the development of polyphonic vocal style in Spain. Franco-Flemish style was dominant in Europe at the time, but the style spread everywhere via composers traveling to and from Spain, which was now part of the Holy Roman Empire. *

Thinking about what I need to do to start the winey beef stew, but I'm really thinking of Spain and the brilliant Queen Isabella I (1451 - 1504) and wondering if we're going to make it there, meaning Spain, this spring, as is being planned.

El V's  tearing apart the book room looking for some of my 'lost' research materials. Achoo dust starting to float, so only so much of this can be done in one go.

However!  Hooray, at least the centennial histories of Richland County, Mooreton Township and Brandenburg Township have been exhumed!  Still haven't found the family genealogies, and a buncha photos though.

Ooops, time to start chopping the beef and browning it! And opening the bottle of wine.

* Or, perhaps equally accurately, now the Holy Roman Empire had become Spanish, due to the marriages of  Juana of Castile (a/k/a Juana the Mad, thanks to the ill-treatment of her Austrian husband and horrid, ignorant Spanish relatives), and Juana, Infanta of Spain and Portugal, and Archduchess of Austria.  IOW, the ambition of Austria (as would be Bourbon France's later) was to rule Spain, as Spain's was to rule Austria (and Bourbon France) and they both got what they wanted.

In terms of music as with so much else, the the achievements in learning and the arts sponsored at the humanist court of Isabella I of Castile and Leon, she of the Moorish - Jewish expulsion and geographical expansion, have long been neglected by European historians due to the backwater status Spain fell to after the Enlightenment, and then the ravages of the Napoleonic wars fought there in the British Peninsular Campaigns.
Posted by Foxessa at 4:33 PM No comments:

'Tis The Day Before Christmas!

. . . . It's impossible to feel this is Christmas Eve.  Somehow, all natural philosophies are contradicted when Christmas Eve and Sunday are the same day. 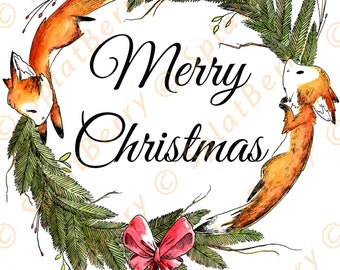 Such befuddlement I am feeling, despite having been doing Christmas activities non-stop for days and days.

This is also befuddling as we have no plans for either today or tomorrow, beyond a lunch today with an old friend.  We are looking forward to just hanging out, cooking (again, me, with the cooking!) and listening to music and reading our giftie books.

This befuddlement is particularly so (at least for me, who tends toward introversion) as we leave for our Postmambo Studies' Central Cuba trip right after the New Year, which means spending almost all waking hours in company of many others.  Such wonderful people (again!) are going to be on this deep dive into the culture and history of this region, seldom visited by non-Cubans.  There's a lot of vodun in this region as well as in the east.  This came via Haitians migrating to work in this region's sugar industry late in the 19th century -- in contrast to the Haitians who arrived in the orientale via French slaveowners fleeing the Haitian Revolution with their 'property.'

But then, planning the extended stay in Cuba is complicated, complex, and lengthy.  At the moment thinking of clothes that are right for Cuba seems impossible as it is clothes for cold and freezing are in the forefront of my mind. No wonder befuddlement. 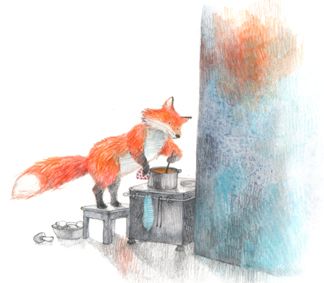 Our dear friend who lives across the street has either a super cold or flu (both he and el V are such he-men they can't be bothered with flu shots, o no!).  So I made huge batch of chicken - tortilla - chili soup, cooked up a bunch of rice and, with some packages of Hermosa non-GMO corn tortillas, sent that over via el V.  It was exactly the right thing, the thing he needed right now.

Yesterday it was all rain.

By later tonight and Christmas Day we are to get more rain, which may well turn to snow, even here. Lots of snow north of us, of course, with these two winter storm systems converging.
Flights in and out of NYC were already being delayed yesterday. 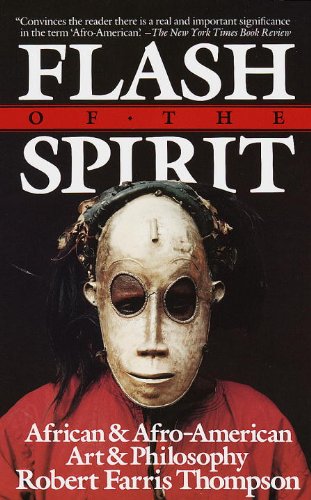 Among what we are looking forward to this coming week is the anniversary party for Robert Farris Thompson, on the occasion of celebrating the first publication of his still unsurpassed and brilliant and essential work, Flash of the Spirit, first published in 1983.  (I read it first in 1990 -- and met Bob in 1992.)


We are told that by tomorrow the temperatures will plunge into deep winter.  These deep freeze is forecast (but who knows?) to last at least through our departure date to Havana.  Never fear -- we have the technology to survive, lovely comfy sweaters, beautiful opera length cashmere mitts, faux fox fur boa, faux fur coat, beautiful knee high boots. 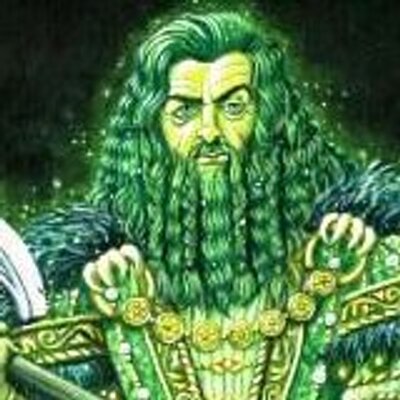 We are looking forward to reading Tolkien's translation of the splendid Christmas tale,  Sir Gawain and the Green Knight aloud to each other tonight.

But, in the meantime, it is Christmas, all the time! 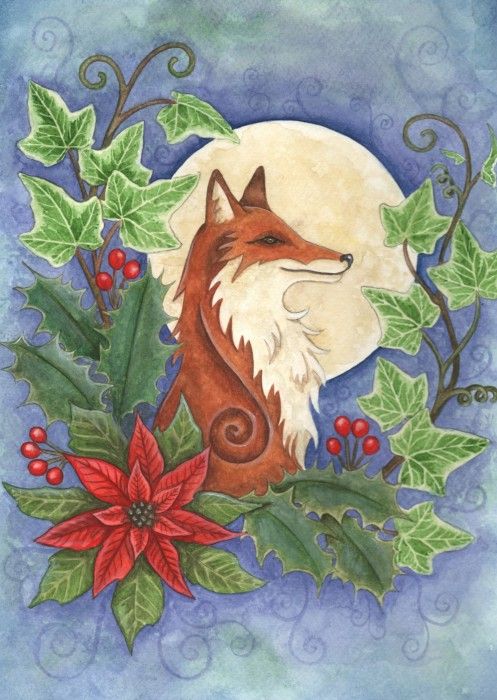