. . . . Beautiful day here.  Went to library and TJ’s and the wine store.  Got a bottle of bubbly to celebrate when, finally, the official call is made.  At 4:49 EST and it still hasn’t been, though everyone knows Biden-Harris carried the day, very slowly, and very carefully. Otherwise the Secret Service wouldn't be hardening the air space and other security over and around Wilmington.

Asshat ‘center Dems’ who lost their campaigns are whine blaming it’s because of AOC, the socialists, the ‘progressives’ and defund the degenerate cops movement. AOC ain't havin' that!  She breaks it down, as to what her sorts do and did, and their sorts didn't and won't.

Myself am giving All The Points for the Dems making it through this campaign and election to Stacy Abrams, the Squad, BLM and all the other progressive activists for the Biden-Harris ticket.

Myself am also giving All The Points to OUR WHITE DEM ACTIVIST INDEFATIGABLS of C'town and all the other places like C'town, i.e. ‘white suburban women’ -- who have been knocking their brains out, doing everything to get people of every sector registered and informed and voting, including baking, cooking, driving and poll working, giving money -- and doing it not just this year but all the time, but particularly this year -- they too deserve every bit of thanks and gratitude from the rest of us.  They never give up hope and they always remain totally decent and always have a joke and never lose their sense of humor. All of them are totally competent to run everything -- but that's just it, they don't really want to run All the Things!  They just want a decent world for everyone and their kids, their grandchildren, the cats and the earth.  And that's all they've ever wanted from the gitgo.

Love and congratulations to all of you!

I know it may seem a bit premature, and that's what has become so cool about the Biden-Harris campaign -- they haven't prematurely done anything.  Biden projects and expresses calm and patience.  He counsels calm and patience.  Count every vote he says.  That projects confidence (as unlike the desperate flailings of you know whom).  Count. Every. Vote.  That means not a speck of dirt on which the clowns desperately trying to project their non-existent legal expertise can stand to protest the outcome.

In the meantime, have this photo of Stacy Abrams.  Abrams to run the DNC, hmmm? 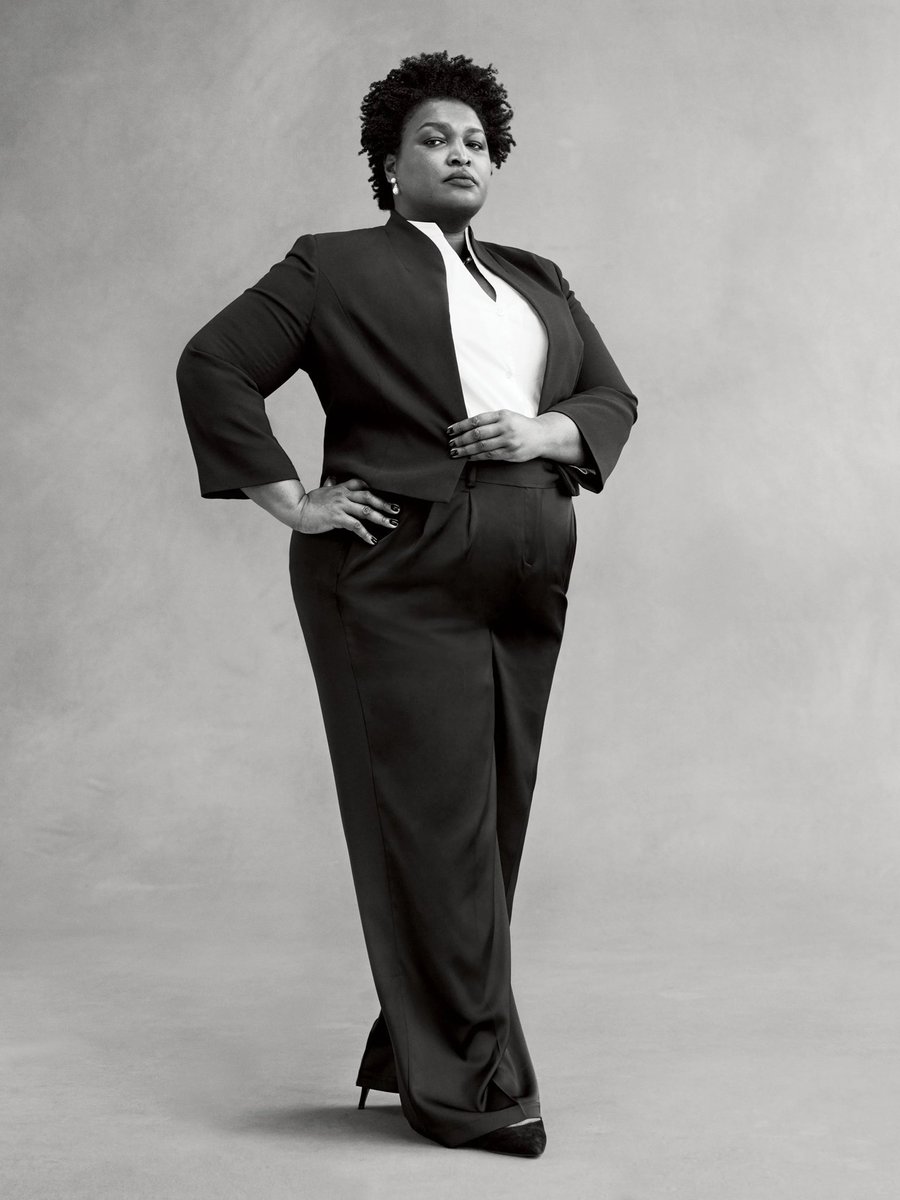 4:49 – heard the first Friday night scream here.  The ‘restaurants’ are already starting to be packed.

Myself, giving myself a treat.  I’m having a glass of wine after not drinking any for about 3 weeks; no reason, other than disinclination. But the inclination is now here.  Cheers!