Royal grant of the date of December 10, 1769 from King George III to William Allston gives him “one thousand acres situate in Prince George’s Parish, Craven County,” [South Carolinas] on condition that he shall yearly pay three shillings sterling; or four shillings proclamation-money, for every hundred acres, and on further condition that he “shall and do yearly, and every year, after the date of these presents, clear and cultivate at the rate of three acres for every hundred acres of land, and so in proportion, according to the number of acres herein contained.”
A royal grant of the date of December 6, 1769 gives Allston one thousand acres.

Another grant of the date of October 11, 1769 is for two hundred acres.

A grant for one thousand and five hundred acres is given to Allston on October 12, 1769.

On January 30, 1770 another thousand acres was granted to Allston.

This isn't the same Allston family (note spelling - Theodosia's Alston has a single el) into which Aaron Burr's beloved daughter, Theodosia, married.  But they were neighbors (Alston - All Saints Parish, on the Waccamaw)), situated around Georgetown, (the Allston's in Prince George's Parish - on the Black River),  which probably had more millionaires per acre than anywhere in antebellum America. 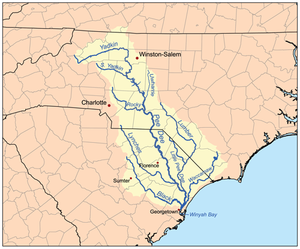 This William Allston was already a substantial landowner, as you can see by this will.  So, yes indeed, as Bancroft observes, this indeed is how a planter gets wealthy.  Them that has, get even more.