Fire In The Hole. Again. A Rant 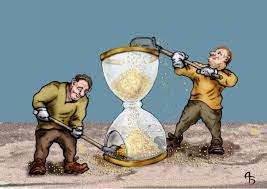 I can't hear you because don't do media beyond radio and newspapers and I shut off the radio, and I stopped reading the newspapers too.

All the same blobmediaidiots blathering the same things TheyBlathered after 9/11, Afghanistan, the Middle East, terrorism, immigrants, and with Hurricane Ida and New Orleans, all the same blobmediaidiots blathering the same They Blathered after Katrina and oil in the Gulf and and and and, which brings us the periodic resurrection of recognition there is climate change, by golly, and it is here, it really is here! as with Hurricanes Katrina, Sandy and NYC, Ida and New York. All discovered, like Madonna's virgin, for the very first time.

Does anyone remember the blobmediaidiots blathering climate change and rising ocean levels after Venice's flooding, o way back in 2019.

By month's end this all will be down the irrelevant-and-forget hole, until the next occasion for the Same blobmediaidiots to resurrect and rewind. 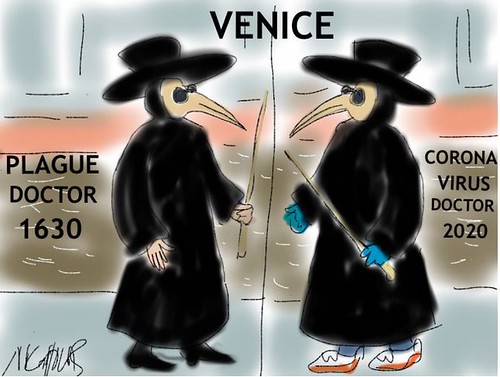 The same politiciansidiotblobblather also.  Who in hell thinks bushwa qualified to say anything in 2021 about 9/11, terrorism and Afghanistan?

This time with Ida, somehow the same blobmediaidiots missed their blather about loooooooooooooooooooooooooooters!  Could it be that some of them heard from people who weren't able to escape to their second homes in the country what real looters are like?  O wait they saw it on NYC tv, they didn't need to hear.  Maybe they got their looter fix back last summer.  Funny how that event immediately got shoved down the irrelevant-and-forget hole. Will it return, ya think, around mayoral election time?

Do not confuse the criminal looting that we lived through here with the ongoing BLM protests, at which there was no rioting, no cruelty, etc. etc. etc.  Except from cops.  The same cops who just stood there and did nothing when the actual looters, organized and equipped by professional criminals, did the deeds for at least two nights.

The idiots are never more idiotic than times such as these, except the covidiots who are having Glory Times non-stop.

When we'll learn all over again it's all Biden's fault, every single every bit. Or it's the fault of AOC.  Or Obama. Or Clinton. All of them But somehow never Bushwa's 1 & 2, Brownie's or the orange shoggoth's or Bolton's or Cheney's or Gingrich's or or or or ....

O give it up.  We know all of it whatever it is is the fault of Others, not ourselves. Most certainly never the fault of faux noose and big tech and white supremacists, bigots, haters of all kinds. Who must be respected and catered to by blobmediaidiots at all times because reality and facts hurt their feelings and make them mad at us and then the advertisers go away.

In the meantime one cannot walk on the sidewalks or get through the streets from about 6th Ave and West 4th, down into our neighborhood below Bleecker because all firemen, all very very very drunk, without masks, smoking cigars.

And us, in the meantime?  The 9/11 trauma for us manifested into a phobia, a deep reluctance to be anywhere from whence we couldn't make it home on foot.  Fear of leaving the neighborhood, fear of leaving home. This lasted nearly a year. It returns again with every Something that takes place that affects us, even if we aren't presently there on the ground.  But never to the extent of 9/11.  Until pandemic. We really don't want to leave our familiar haunts, our comfort zone.  So much reluctance. Even though we're all overrun by those who leave their own haunts with greatest enthusiasm.