Television! I Watch Some!

. . . . The state of exhaustion and a bit of gippy tum continues.  I continue my attempts to catch up and get back on keel, to greater or lesser success, depending on. This weekend I ate something that wasn't toast or mashed potatoes, but I still can't read and stay awake. This weekend I did watch some television.

Netflix is currently streaming two series that could be specifically targeted for me, personally, and my current state of being. Despite the variety of choices available it is only these two that appealed to me enough to sit and watch, instead of just going to bed. 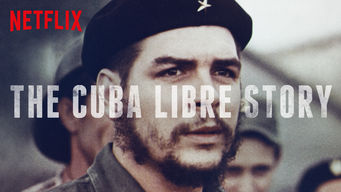 The first one is the Netflix original 8-part documentary, The Cuba Libre Story (2016) the story of Cuba, which, naturally centers Fidel's Revolution, for better or worse.  For one thing, the supply of contemporary television and film footage is boundless, the number of recognizable figures involved are without number, and a lot of them are still living,  if only barely, including people with Fidel at the beginning, but who went into exile either voluntarily or to save their lives. There is an international cast of historians, authors and journalists, specialists all in Cuban history and / or the Revolution, all ready and willing to talk on camera.  I have some quibbles with the perspective on certain things, including "the mafia corrupted Batista." It seems to me they skid over his fundamental character, which needed no outside pressure to become corrupt.  Nor do any of the talking heads explain why and how Batista came back  from Miami to take power in Cuba, this time as tyrant and dictator. They also skip over the role of Nixon in this regime, among other things.  There's more than a whiff at times of the producers falling far back from confronting certain issues in the interest of not offending certain people, whether inside or outside of Cuba.

This is an outline of 20th century Cuban history, heavily weighted, while pretending otherwise, to the perspective of the anti-Cubans, the old CIA (that failed so hugely in its long objective to overthrowing Fidel and the Revolution. This becomes most obvious in the last two episodes, particularly insisting that Fidel was instrumental in Cuba trafficking in the coke trade to the US.  That much of this cannot be true is due to the obvious: the state would never allow drug gangs in Cuba -- they would be a challenge to the hegemony of the state.

As said, the more episodes in, with the more CIA operatives,  Cuban double agents (whose whole life is about lying plausibly, meaning they believe themselves what they say), the more exiles, the more people out of the former Soviet Union, etc. testify, the more problematic the series's plausibility becomes. 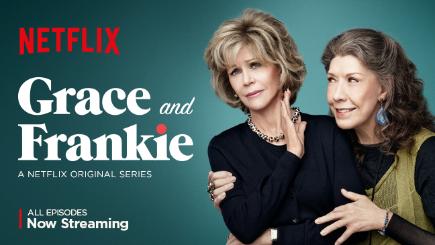 Grace and Frankie's 3rd season went up on Netflix this weekend.  Lily Tomlin! Jane Fonda! It makes me laugh out loud here all by myself at least three times during each half hour episode. Also Sam Waterson! and Martin Sheen! as their ex-husbands who left them for each other.  The actors playing their children are almost as splendid as Fonda and Tomlin.  They also fill in their roles more so every season.  Some might criticize the glossy, monied, perfect southern California milieu of the show, but within the context of the comedy, which is these people are spoiled and often immature, while experiencing some of the inconveniences and scares that  they were dumped by their husbands, and come with aging, as well as the humilation, reconciliation and other tribulations that accompany their situations. These will be there for everyone, no matter how well-off one is. The gloss allowa us to laugh at and with them guilt-free.

In one of this season's episodes both women have their backs go out simultaneously.  They're marooned on the floor -- with no way to contact anyone. It's a prolonged scene that is both genuine and very funny.  At times Lily Tomlin channels the Comic Spirit directly, without any buffer between herself and it  -- and what she does is randomly spontaneous, improvised (according to an interview with her I heard not long ago).  Fonda plays off Tomlin's antic inspirations with perfect timing and reaction, enhancing and deepening the scope of these scenes.  Their two characters have now gone into business together, marketing the the perfect vibrator for older women.  Their search for capitalization of the vibrator's manufacture within the weirdness of our contemporary world of business finance is an endless source of comedy as well as very pointed criticism of national economic structure that no longer has any interest in making anything, only in the marketing of an online meme.  Highly, highly recommended!