I began reading immediately River of Dark Dreams: Empire in the Cotton Kingdom by Walter Johnson (2013), Harvard University Press. This is the  follow-up to Johnson's essential Soul By Soul: Life Inside the Antebellum Slave Market (1999) Harvard University Press. The focus of River is not on slavery or the slave trade, but on ramifications of King Cotton's reach in the Mississippi Valley, from the technology of steam to the Slave Power's fantasies of global imperialism.

The principal theme of the book is the determination of the powers who ruled the Cotton Kingdom to expand and transform the boundaries of the spaces, geographical, psychological and social, in which all the people within the kingdom of King Cotton were confined. The imagery runs constantly between confinement vs. expansion. When it came to the slaves, one assumes their spatial imagery fantasies ran between confinement and escape.

So far, if I'm understanding Johnson's thesis properly, I'm not sure I entirely buy it.

According to his spatial organization principle, the underlying reason for the Civil War wasn't any of the issues or even the conglomeration of issues we speak of in the lead-up to the Civil War after the Great Debate around California's entering the US as a free state.  These would be the expansion of the Fugitive Slave Act, the roll back of the 1820 Missouri Compromise, the Kansas shooting war, the Dred Scott decision, the caning of Charles Sumner, the righteous urge to abolition, the anger at the Slave Power's determination to expand slavery throughout the U.S. These issues and events sent the Northern abolitionists, particularly those of Boston and Massachusetts, to explore seceeding from the South.  (Recall, that during the War of 1812, New England essentially had seceded from the rest of the country.)

I am far from alone in seeing clearly that the Slave Power was determined to expand outside of the lands won for them by Andrew Jackson, to push slavery and their domination upon every state and territory in the Union. But Johnson sees the goad to do this as not connected to events and devisions within the United States or even North America. That came in retrospect, after Secession and the War took place.  The Slave Power's vision was global, not local.  CSA dreamed a global slave imperium.

In other words, it seems that this historian is, in some ways, in this particular work, dealing in counterfactuals -- what did not happen -- more than in what did happen.

Whether or not Johnson is correct, in the end the military war was fought here, not in the Pacific, not in South America. It was American blood (immigrants' blood in rivers, in the Union forces) that was shed in this  -- starting in Kansas -- not in another part of the world, and fought almost entirely within the geographical "container of the CSA" itself. So in any case, whatever the Slave Power's ultimate goal might have been, it was burned to the ground within its cradle, never to break out, whether north or west, much less to Hawaii, Havana and Honduras. 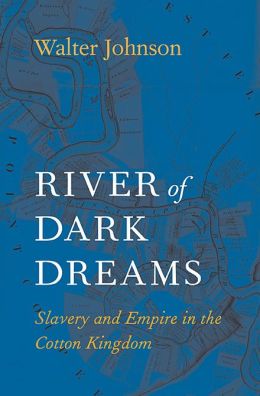 Which, in history's chronology of these matters brings us to James Oakes' Freedom National: The Destruction of Slavery in the United States 1861-1865 (2013) W.W. Norton & Company.  This tells the story of shifts in emancipation and re-enslavement during the years of the Civil War.  As slaves left the plantations in increasing numbers during the course of the War, free people of color were increasingly forced into taking their place.  Of course, there were not anywhere near the numbers of free people of color to replace the 3,950,528 slaves in place at the outbreak of the Civil War. This book also tells the story of how the Union army attempted to deal with the increasing numbers of contraband negroes, and after the Emancipation Proclamation, inform the slaves of their freedom, as well as other matters. The through theme of this book is that Lincoln, from the moment of his inauguration, began to explore "every political and military means at his disposal to wipe out slavery forever."

You cannot remember the title of this book. Perhaps within Freedom National's pages the reason for this seemingly unfortunate title will be revealed.

In preparation for the upcoming research road trip from the History Press is this conveniently small A Gullah Guide to Charleston: Walking Through Black History (2008), by Alphonso Brown.  Mr Brown is the owner and operator of Gullah Tours, Inc.  We hope to take advantage of his expertise in these matters. 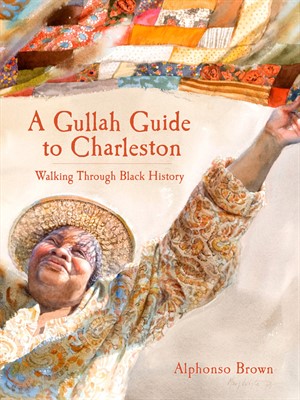