Diriliş: Ertuğrul (English: The Revival: Ertuğrul) is a Turkish historical adventure television series created by Mehmet Bozdağ, starring Engin Altan Düzyatan in the title role. It is filmed in Riva, a village in Beykoz, intracity district of Istanbul, and premiered on TRT 1 in Turkey on December 10, 2014. The show is based on the history of the Oghuz Turks and takes place in the 13th century and centers around the life of Ertuğrul, the father of Osman I, the leader of the Ottoman Turks and the founder and namesake of the dynasty that established and ruled the Ottoman Empire. While only a small principality during Ertuğrul's lifetime, would prevail as a world empire under his son's dynasty for the next six centuries after his death.

The collision of a variety of nomadic horse peoples, all of whom have been disrupted from traditional lands by the fire of the Mongol sweep across the northern steppes. 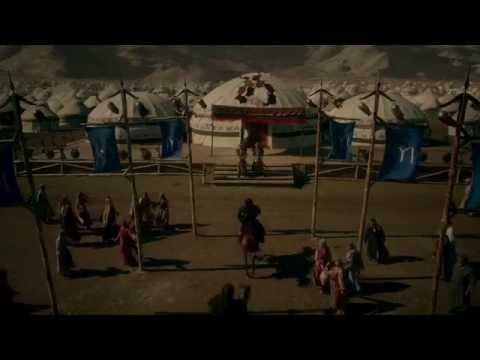 Their culture and way of life is shown in lovely detail -- yurts, many yurts! The details of the varieties of armor and weapons is terrific. This series has all the elements that make historical drama series my favorite viewing.  It's helping get through the current dearth of availability of such viewing for the moment, as I impatiently anticipate the second season of The Last Kingdom showing up next month streaming on Netflix.

Happily, unlike some of the other very popular Turkish television series currently available on Netflix too, Resurrection also keeps the romance / plots to a realistic minimum. Historical / adventure fictions that center the plot on love and romance are most definitely not my cuppa tea.  Though, of course, it is important that Ertuğrul, the son of the Oghuz tribe, connect with Seljuk Halime, as she will be the mother of his son, who will be the forefather of the Ottoman Turks and their empire. 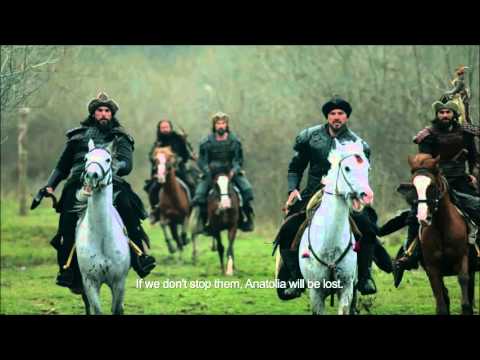 As with most current historical sword etc. fighting costume dramatizations these days, as we see in series out of India and so one, this one too has enthusiastically learned from the Japanese wuxia to shoot the action scenes.  This works out well for the production in countries like Turkey and Inida whose laws forbid graphic, detailed, lascivious scenes of violence, death and / or sex – another reason I enjoy these series.  People are not forever tearing off the clothes and throwing women against the wall to depict passion – even when there’s a perfectly good bed right next to them!  It’s beyond years since that tired, boring, uncreative trope for passion passed its sell-by date.