'Tis Of The Season -- Angels and Birds and Blessings

It's a lovely day here, with temperatures higher than they've been.  Though the wind, when it hits, while walking where it flows, is chill, it's not a strong wind.

Doing some preliminary Christmas food shopping, on my way to Raffetto's (est. 1906!) this morning, it seemed a good time to for my annual meditation about 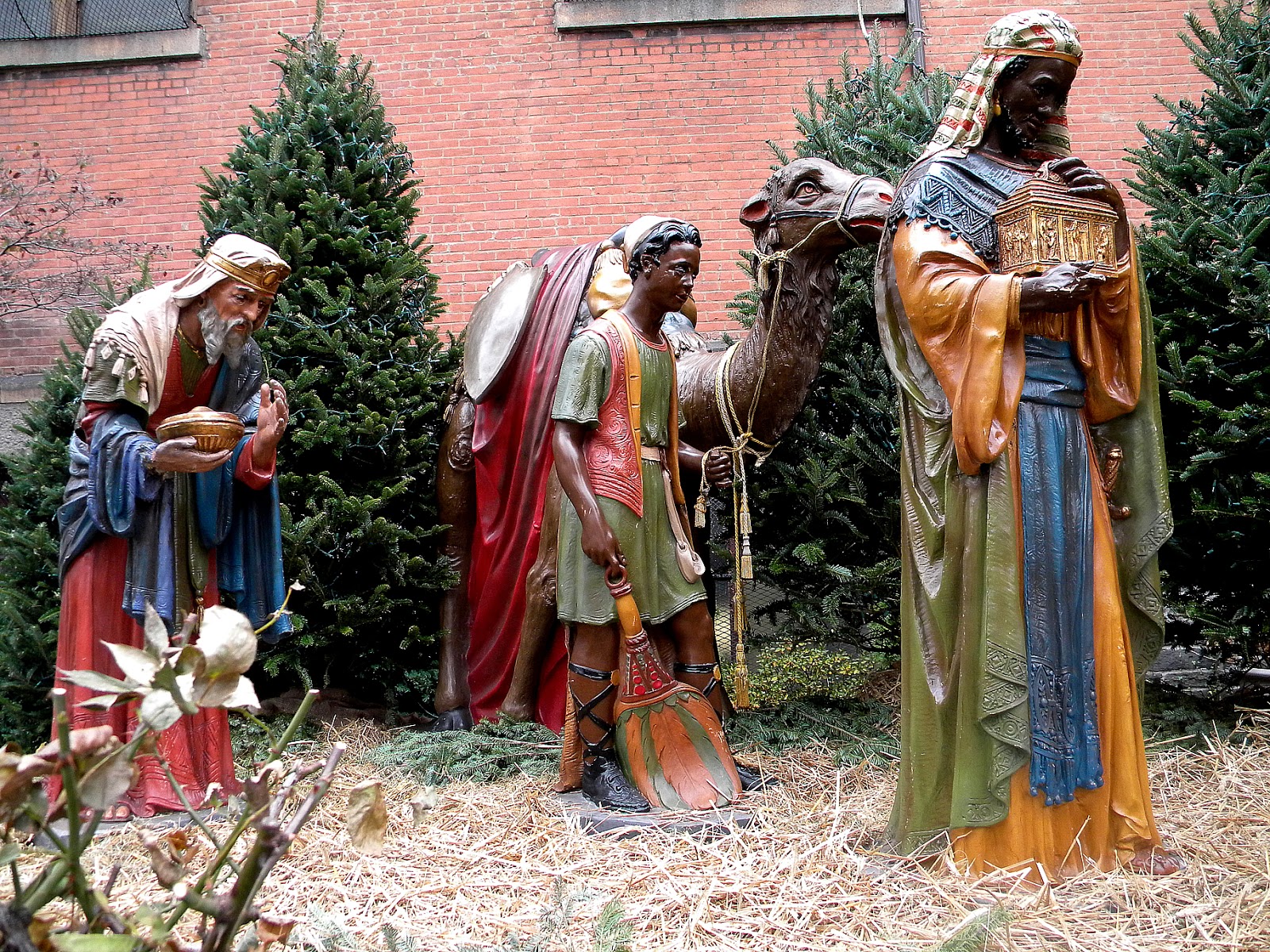 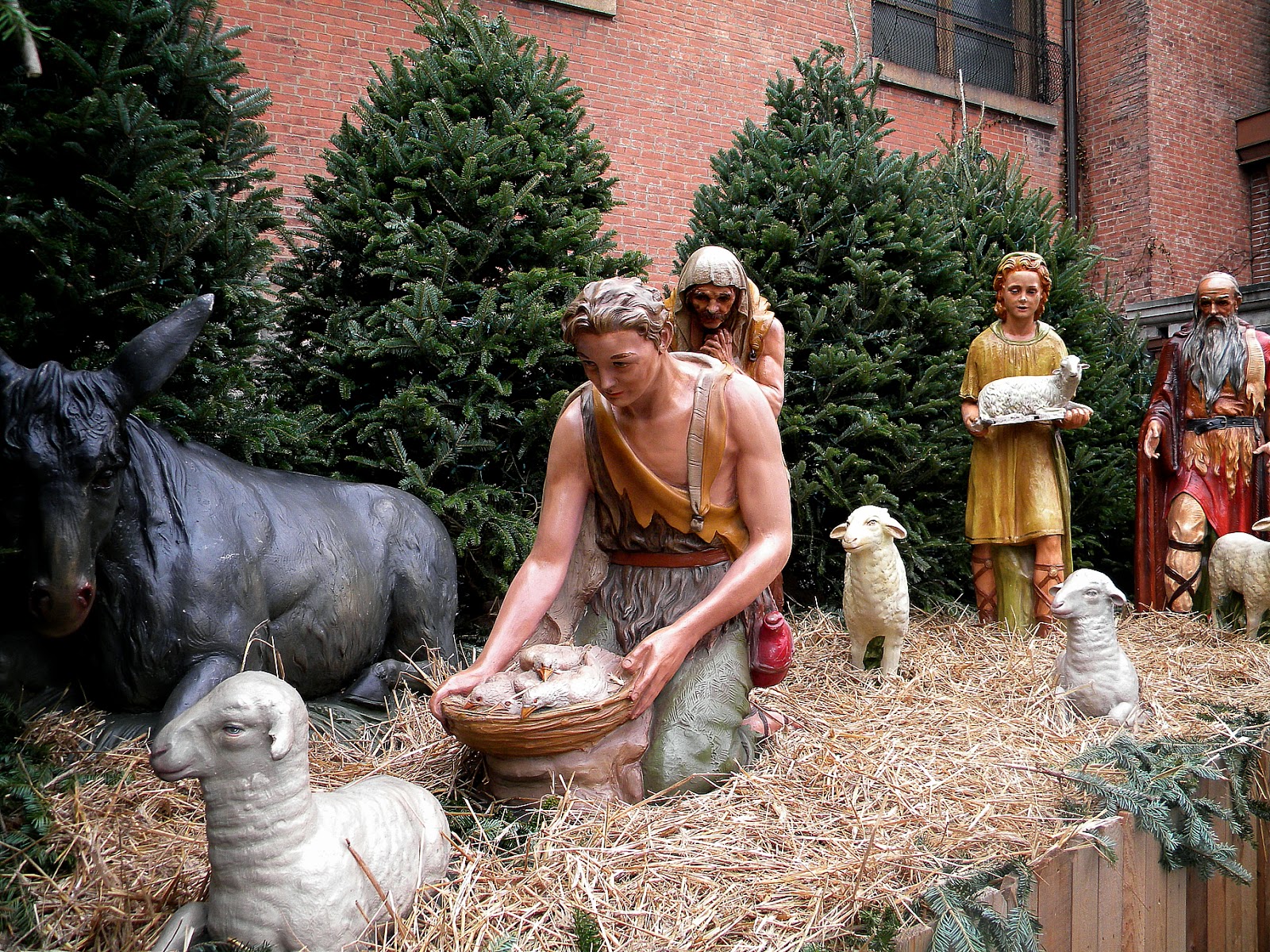 Christmas while gazing at the simple, traditional Nativity scene St. Anthony's puts up on the Houston side of the church. This is something I make time to do every Christmas at least twice, once in the daytime and once at night. I tend to enter what perhaps resembles a state of prayer, leaving me feeling refreshed and thankful for my privileged life.

I am also thankful for St. Anthony's, the anchor of this neighborhood where I've lived my adult life for the most part. The church, the friary, the convent and the school have saved our immediate blocks from being entirely taken over by billionaire giganticism and become 100% an alcohol, Chanel and restaurant corridor, where only the bloated plutocracy can afford to live and eat.

Today, there was something new going on with the Créche: birds, just our plain old street sparrows and pigeons. They filled the stable, among the Holy Family, the angels, the humble cow and the donkey, with their chirping and cooing, swooping and fluttering, perching upon the wings of angels for a minute to puff and chatter. They were happy birds, dancing upon the festoons of evergreen within and without the stable, in air that was invigorating, not freezing. Some of the sparrows were not flying, but hovering in place, over the manger, beating their wings at the speed one associates with humming birds, not sparrows.

The birds' happiness made me so happy that I burst into tears.

This must have had something to do with St. Francis of Assisi, the patron saint of animals and the environment, who is credited in Church history with creating the first nativity scene, because he wanted people to understand the depths of poverty into which Our Lord was born, and the pure miracle of a birth that was for the sake of peace on earth and good will to all men -- and animals and the earth itself.

So, right there, on the sidewalk next to Houston Street, filled with honking and sirens, on my way to buy pesto and pasta, I was given a Christmas blessing.