In spite of my catastrophe of Sunday afternoon, brilliant, heroic el V got off city, state and federal tax filings before the deadline. I got the passport photos made, despite 3 men needing 3 sessions before they could figure out how to prevent a reflection from their overhead lights spot my glasses' frames. I was able to manage my pharmacy card's replacement.  Got copied and filled out passport stolen report form. Found: file of letters from the Social Security Administration that informs the citizen semi annually of how much earnings have been accumulated upon which the administration monthly payouts after retirement are calculated.  Found a file of medical insurance forms that include, as do the SS letters, address, date of birth, social security number.  Expired previous passports, marriage license and diplomas gathered. Crime report and case investigation number achieved. Speculate whether the photo of me as Creature From the Black Lagoon on the cover of The American Slave Coast would be accepted as a photo I.D. Dinner made, eaten and cleaned up. Laundry done.

el V went down to the local to discuss New Orleans music with Patti Smith's guitarist, who is also a music writer, and who is doing a chapter on New Orleans music for his new book.  LK had driven in to meet up with el V from his farm on the border of New Jersey and Pennsylvania.

By then it was after 9 PM and I had to literally put my feet up as Back was on fire (partly because I had to stand around so long as the three stooges tried to figure out how to use the equipment of their own passport photo biz). So up I put them, Back supported by The Chair of Life and watched the first two episodes of Home Fires (2015), the PBS series imported from Brit ITV. 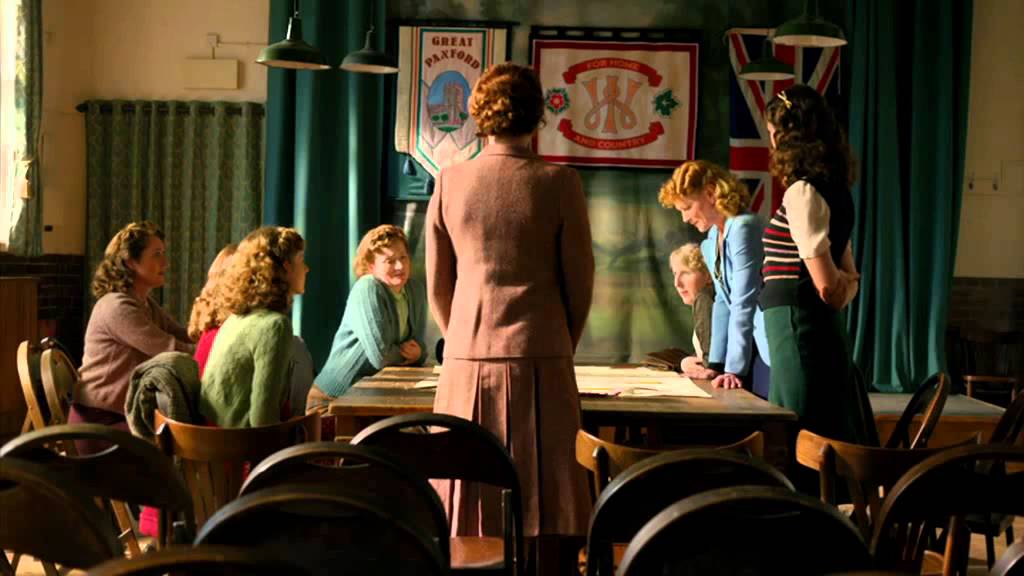 As one can tell from the title, Home Fires is a period drama of semi-rural England in WWII, centered around several members of a local branch of a national organization known as the Women's Institute. For U.S. woman's historians the impression is the Women's Institute is something like what we here had / have prior to when women in large numbers began working at paying jobs outside the home. It's a combination of Garden Club, Junior League and the Women's Clubs that proliferated across the country post the Civil War and especially so around 1880.

\\\\\\\\\\\\\\\\\\\
Home Fires charmed immediately. Such a variety of women of various ages, class and personalities, played by actors already familiar from the amount of Brit tv I watch via Netflix or PBS or dvds. So relaxing, so comfy, so reassuring and non-challenging, despite the WWII setting and the fore-knowledge that so many of these women's men will die, and fearing the one male we've met who is a thorough abusive shit to his nice wife will escape getting called up. By the way, this sadistic narcissist is a (basically failed) writer . . . .

Watching something streaming or on dvd is the most effective method to keep me sitting in one place for an extended period with legs elevated which is the best remedy for when Back is like this. It worked.

Today is going to suck, though maybe not quite as bad as yesterday. As well as attempting passport office, bank, and the Social Security Administration there are three radio interviews, and packing for Penn State this weekend.