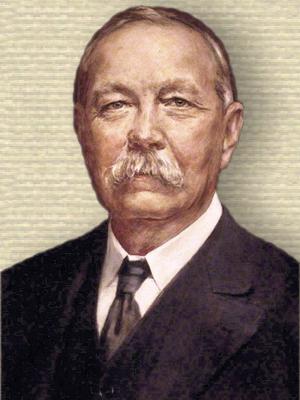 . . . . Both novels are set in the 14th century within the 100 Years War.  But the later published Sir Nigel takes place earlier in the war against the backdrop of the Bubonic Plague.

The White Company, featuring a fictionalized mercenary company, under  the command of of the fictional Nigel Loring (modeled on the Prince's Neil Loring), is an historical novel of the Black Prince's Trastámara campaign, forced on him by his father, Edward III. Historically, this campaign broke the Black Prince's non-stop winning streak in place since his heroism at Crécy, broke his finances (his own habits helped, of course), and destroyed his health. Here began one of the declines of England's fortunes in France during this endless conflict.

This is the campaign of the famous historical Battle of Nájera, the campaign where Geoffrey Chaucer, the great English poet, was present, at least at the start, during the organization in the small Navarrese city of Olite, in the Pyrenees.  It was a catastrophic venture, because Edward III, falling into dotage, ordered his son to make it, without consideration of any of the realities on the ground, where King Edward wasn't present.  Edward III wanted the usurping but much saner and superior figure, the bastard brother Henry Trastámara, removed from the throne of Castile and replaced with the insane, corrupt, cruel but legitimately birthed scion (the Black Prince knew all this), Don Pedro. The Prince was never healthy again, which meant leaving the kingdom in England and France to an infant who grew up feckless and so we are all about the Wars of the Roses rolling afterward.

When I read The White Company as an undergraduate, I knew none of this history or geography.

Even now, I find it annoying that for many chapters 'the prince' is referred to only as that, rather than as the Prince of Wales or even the Black Prince, which would have given this ignoramous some kind of chronological marker.  John Chandos figures in both of Doyle's 14th century novels, and I had no idea who he was either.  (But then, I didn't know who Froissart was either, who is one of the primary foundations for the study of the 14th century of England and France!  I mention this because I get such a kick out of knowing I learned what I didn't know then!)  It really frustrated me back then that The White Company wasn't what Barringer's Nuestra fantasy history was -- where I didn't need to know who anybody was, because none of it was history, except, to a degree, the idealized version of the 14th century's aristo chivalric view of itself, culturally and socially, that the class expected the entire social and economic strata to accept.

I found Barringer's trilogy around the same time I found The White Company.

So it was other historical fiction progenitor and progeny I've been considering most while reading these 14th century historical novels of Doyle's. Closes to his period was Leslie Barringer's 14th century historical fantasy trilogy, The Nuestrian Cycle. These were published more than two decades after Doyle's. Like Doyle's, Barringer's first volume of the trilogy opens with a primary figure-protagonist in a monastery, from which both are expelled due to family necessity. 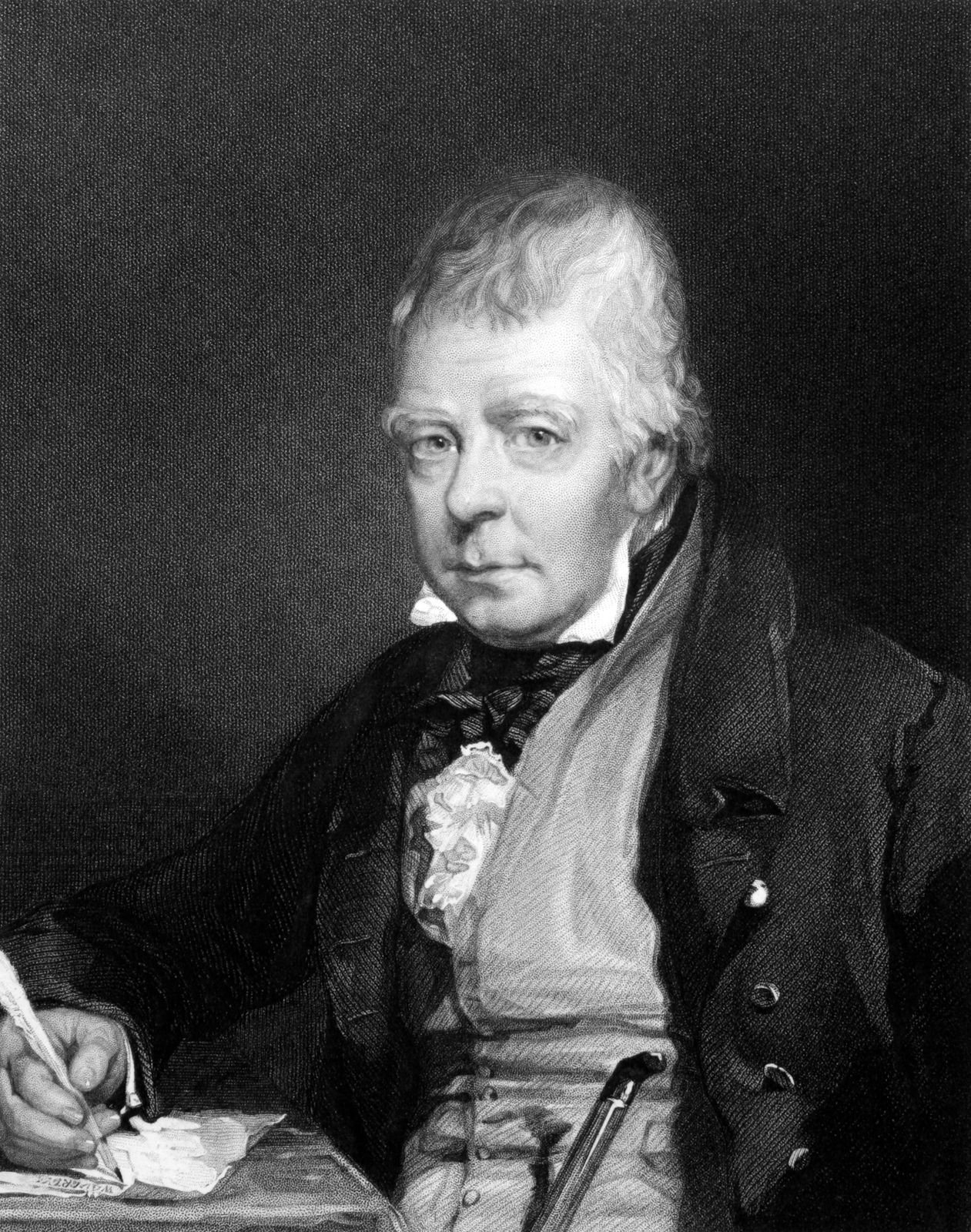 Out earlier historical fiction, I noticed how much The White Company owes to the father of historical fiction, Sir Walter Scott, in his opening pages of Ivanhoe, though it takes place in the highly fictionalised 12th century. The romance tropes Scott initiated in this, his first work composed entirely of English subjects, are in full view in the earlier section of The White Company, particularly including as a featured hero, one descended of of the Saxon line as is the knight, Ivanhoe.

While reading Doyle's books, though nearly 100% certain it didn't happen, I've been amusing myself with the idea it isn't beyond the realms of possibility at some point, Doyle, Kipling, Owen Wister, H. Rider Haggard and Theodore Roosevelt had dinner together. Owen Wister was a life-long friend of TR's, dedicating The Virginian to him. Both were Harvard men; TR's mother was a Georgian unreconstructed plantation belle, and Wister's mother was the daughter of Pearce Meese Butler, the largest slave owner in the south).  TR knew Haggard and Kipling, quite well too, and like Wister, they even spent some time with him in the White House.  In the run-up to WWI TR and Kipling were in close contact -- both snapping their teeth to convince the politicos and the public that preventive war with Germany was necessary.

Though he never did meet Arthur Conan Doyle, "When Doyle engineered his [Holmes's] return, Theodore Roosevelt sent word to him that a guest room awaited him at the White House."

Edgar Rice Burroughs should be at that dinner too, but maybe he wasn’t of the right class, despite being of the right time. He certainly read TR's On African Game Trails (1910), on his own 1913 visit to Africa. "The New York Times made its first mention of Edgar Rice Burroughs on June 14, 1914, when the paper’s Book Review included Tarzan of the Apes among “One Hundred Books for Summer Reading...."

The Review's description of the book that follows would have been irresistible to TR except TR was engaged in his own hair-raising jungle adventure in 1914, in the jungles of Brazil, which damned near killed him and should have. One feels that only TR himself could have survived what he survived, with his pre-existing conditions, of a leg wound prone to re-erupting septically, recurrent malaria acquired in Cuba (called doncha know 'the Cuban sickness', overweight and hypertensive.

TR, frequently described as "a great boy" by everyone from his wife, to himself and other politicians, was well known for his love of what was called 'boys' books' of his time, including Booth Tarkington's Penrod stories.  What all these writers have in common, with the possible exception of Leslie Barringer (and Scott), is they were one and all conscious white supremacists,  imperialists who bought into the cult of ‘manliness, race and eugenics,' and that ‘good’ (white) women were owed their protection and respect, and ‘bad’ women were malicious schemers who worked for their enemies. They were indeed, of their time.  Not until the end of the 20th Century would we see again so many supposedly adult men devoted to entertainment that was originally aimed at kids, self-identifying with every sort of superhero, even overtly evil ones.

WWI – and the Great Influenza --was the explosion that shredded that.  So far, not even the novelcorona virus has done that to us. People are just itching to employ their manliness in shooting libs and blacks and feminists and LBGQT people and intellectuals-college-educated-writers-journalists and immigrants and atheists and depending on who and which group(s) among them Catholics and Jews and socialist-commies.  Gosh, people -- don't these manliest of the manly white supremacists look just like the Khmer Rouge?

On another topic the book with which I'm deeply engaged is The Haitians: A Decolonial History by Jean Casimir (2020). This is meaty brain food, in the way French-Caribbean intellectual-historians of their world always are, providing viewpoints and conceptualization foreign and shocking to the historians born, bred and trained in the – former? – colonialist power nations.