A.O. Scott, one of the NY Times's film critics, has published a book about what it is to be a critic, to look at aesthetic or entertainment experiences in a thinking manner: Better Living Through Criticism.  This book about criticism is itself reviewed and critiqued in the NY Times today, by Michae Wood.


Wood, an author and literary academic, writes criticism for many respected publications including The London Review of Books and The New York Review of Books. 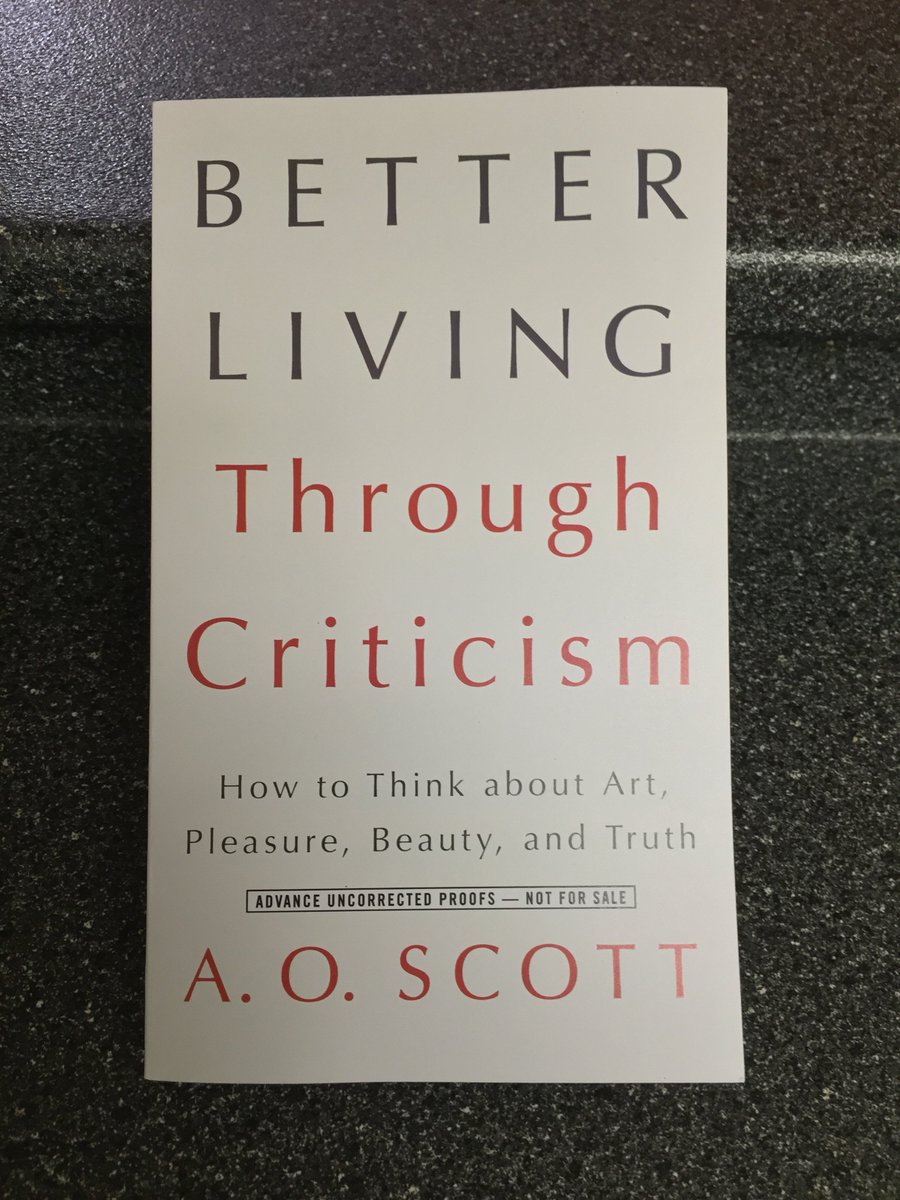 Wood explains Scott's interrogation of the role of criticism, defining what criticism is, doesn't so much focus on judging, which inevitably means more negative commentary than positive, but the active experience of thinking about something.


What haunts Mr. Scott’s book, and makes it so satisfyingly inconclusive, is the deceptively simple notion of thinking. Here is where the professional and the amateur meet. “A critic will be no different from anyone else who stops to think about the experience” — whether of watching a movie or reading a novel or looking at a painting or listening to music. When his interlocutor expresses surprise that Mr. Scott has “written a book in defense of thinking,” adding that “Nobody is really against thinking,” the critic says: “Are you serious? Anti-intellectualism is virtually our civic religion."

That sentence feels particularly apropos as the reviewer of Better Living Through Criticism introduces his thinking about the critic's book with Henry James, favorite devil of the anti-intellectual national religion.


Henry James wrote that criticism showed the mind engaged in “a reaching out for the reasons of its interest,” and A. O. Scott, a chief film critic at The New York Times, says something similar toward the end of “Better Living Through Criticism,” his lively and argumentative book: “Let’s say that a critic is a person whose interest can help to activate the interest of others.” The difference between the two formulations is important. James’s critic is talking to himself and is not necessarily being paid for his reaching. Mr. Scott’s critic — like Mr. Scott himself — has a job to do and readers to persuade or annoy.

But the notion of interest brings the two remarks together, and almost casually excludes most of what we often think criticism is. What happened to judging, finding fault, even interpretation?

Seeking for reasons of interest might involve some of these activities, but it wouldn’t have to, and the shift of emphasis is illuminating. Mr. Scott doesn’t exclude judgment from his inquiry. He says it’s “the bedrock of criticism.” And he reminds us that the job is “not nice. To criticize is to find fault.” (He also thinks that critics are always getting things wrong and devotes a brilliant chapter to how they so consistently manage this.) But bedrock is not soil, and still less is it the plants and creatures that grow on the earth. It may at times be essential to find fault; it is scarcely ever enough.

Another way of putting it is that liking / not liking, popular / not popular, good / bad is not sufficient for reliable or even interesting judgment.