Gotta say: Orphan Black's season 3 would have been worth it if it depended only upon the second scene of the 7th episode, "Community of Dreadful Fear and Hate."

This is the scene in which Mrs. Ess walks through the Mexican cantina's doors got up in dusty bass ass to the max degree, including hat and otk (over the knee) boots. This happens right after Helena states she's going to kill Mrs. Ess. 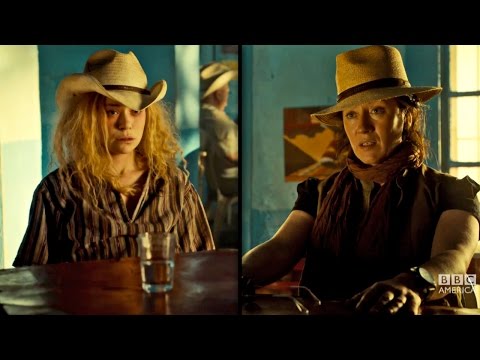 While Sarah femmes out with a shower and change of clothes, it's show down, shoot it out time between  Orphan Black's two baddest asses of them all in the best of movie Westerns' traditions. Who will survive?  Did we see it coming that Mrs. Ess has a secret weapon?

This is followed by an extended clone club identity switcheroo, in, what Orphan Black does so well, that this character in one door and another character out the other door classic comic choreography that is always done so well when Alison is involved (also some of what is going on here involves pee). One could be tempted to conclude that the writers are having waaaaaaaaaaaaay too much fun with all sorts of classic movie and tv tropes..  But this, my best beloved, is what is called comic relief, because we have a heart wrenching betrayal coming right up, with yet another clone identity switcheroo, but this is not at all comic.

Sometimes Orphan Black's breathless pace works to push the viewer along before she can begin asking pesky questions, questions that can be on the order of would he really not have shot her, and just run away? or also -- um, plot holes? and how many Sarah clones are there anyway, and why are they all so conveniently located within easy access distance?

But more often the viewer is deeply impressed -- as long as the writers can restrain themselves from generically geeking out waaaaaaaaaaay too much. The following episode 8, "Purpose and Insidious in Method," skated dangerously close to that.  Actually, that episode went over that line, alas.

There is so much more, so very much more, to Orphan Black, though it's not always clear whether the writers are willing to actually go there. This show was exploring women's right to their most personal and intimate places. 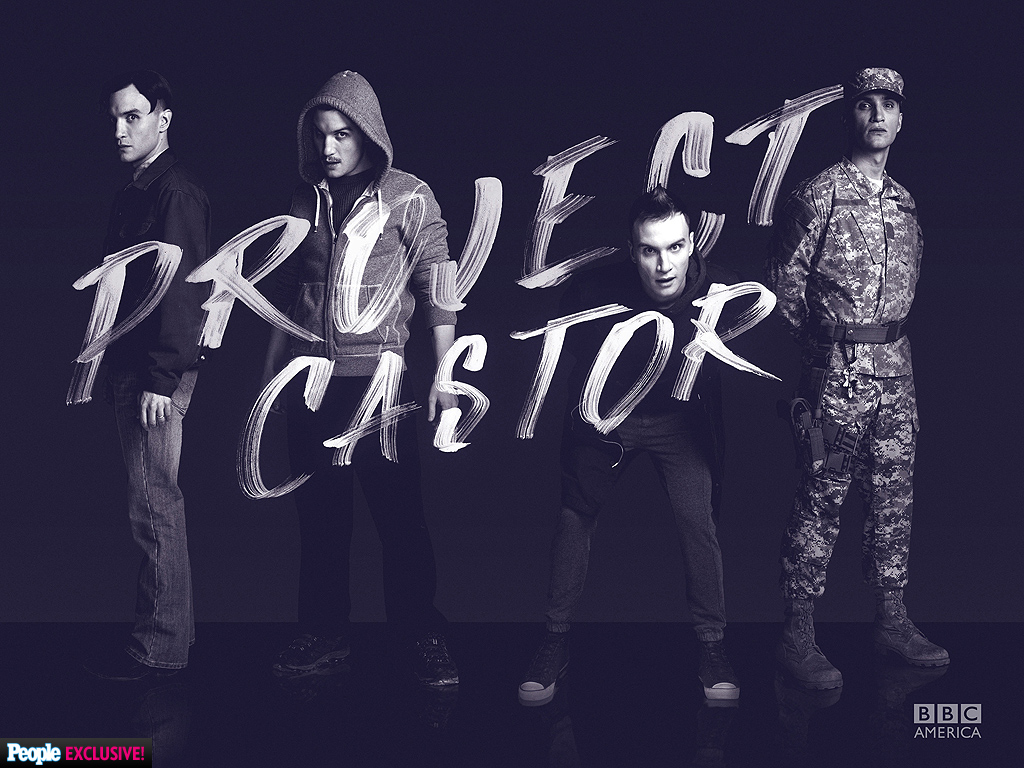 By dragging in the Castor Project of clone brothers it feels as though the writers didn't trust that all this icky female stuff was good enough to be the sole subject of a several season series. Too many females. Lets have males, and, o, their situation is o so tragic, and they are Our Brothers!

The family theme is getting pushed a little too hard here. But some of it is fun, as things always are around Alison.  Helena and her entire lack of table manners and personal hygiene come to live ... with Alison and Donny! Imagine!  Shenanigans ensue.

What about all the women who don't have family, who aren't fortunate enough to be taken in?

Maybe episode 8 provides the answer with clone Crystal: she gets used and disappeared. Clone club helped . . . .