We have a multi-screen feature on Shonda Rhimes first, and as close second, her latest creation, the melodrama Scandal, starring Kerry Washington.   In the NY Times Sunday Magazine:


With 8.3 million viewers, “Scandal” stands alongside stalwart network hits like “CSI” and outpaces cable darlings like “Game of Thrones” (4.4 million viewers) and “Mad Men” (3.4 million viewers). Rhimes has found a way to make successful, popular, original dramas under the grueling, constricting conditions of network TV — 22 episodes a year; strict limits on language and subject matter; a fight about every sex scene. The key to the appeal of “Scandal” may be, simply, that it’s more fun than anything else on television. Rhimes often describes it as a show “I want to watch” — an emphasis that underscores her bedrock belief in the pleasure principle of TV.

Television is so personal, isn't it?  What we stop watching, what we faithfully follow. This current golden age of arc television really provides all the pleasures that a certain kind of novel used to give us, as well as the mass sharing of that experience, that novels once were able to regularly provide, starting with the serial publication of Samuel Richards's Pamela - or - Virtue Rewarded, back in 1740. It was a public reading event, consumed  breathlessly by all classes, ages and gender.  Those who could not read the book for themselves, heard it, as it was read aloud at a gathering.  Scullery maids and footmen in the cellars and kitchens discussed poor Pamela, her trials and woes, while their masters, mistresses, their daughters and sons their friends discussed Poor Pamela upstairs. 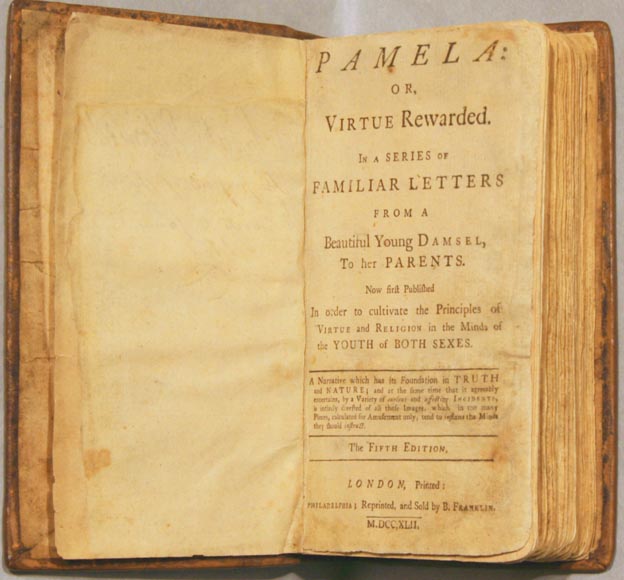 Myself, having loved the first season of Scandal, this time around am having a deal of trouble with the show: constantly interrupted schedule (I am looking at you too, The Good Wife!);  the general immorality and criminality of all the characters; the entirely preposterous premises of some of the characters' characters, such as Huck the murder-torture lover, who is yet with a heart of gold and loving family man; the so-called torrid passion of primary character, Olivia Pope, and the whining, petulant, murderer-stalker, POTUS Fitzgerald Grant, for each other (this viewer simply cannot believe it -- but then, it's not unusual for outsiders to be unable to see what a couple sees in each other, is it? ).

On the other hand, if Scandal  turns out to be written as the general state of morality of the majority of the people who currently are running our nation as their own personal fiefdoms, the control of  which they battle for power in the same way as the warring nobles and barons of ye old medieval and Renaissance periods -- then I'll forgive all and applaud.  If I'm being taken for a ride only for the purpose of being taken for a ride, i.e. then we have redemption arcs for all these anti-social powerful characters -- well, then I'll probably not watch next year.

This isn't particularly a criticism of either Rhimes or Scandal -- it's about my own taste and desires in my entertainment.  And if I don't like Rhimes's offerings, then I can just go watch something else or make my own!  As the numbers above show, I shall be alone, all alone.  :)

In the end I still see how compelling television Scandal is, which is not surprise, as Rhimes put herself to school with the best, which the article informs us:


It was when Rhimes’s older daughter was an infant that she got turned on to TV. The baby wouldn’t sleep, so Rhimes would lay her on her chest while she watched “Buffy the Vampire Slayer,” “Felicity” and “24.” “I thought, God, television is really good. And I’m really tired of writing about teenage girls and their makeovers.” She wrote a pilot for a show about war correspondents that stalled when the Iraq war started. Then she wrote “Grey’s Anatomy.” The show, about a bunch of great-looking, sharp-talking, bed-hopping, work-obsessed surgeons, became an unexpected hit in 2005.


There's another aspect to Scandal that I love, and the best way to describe this is to shout-out to all my African American friends: Thank you for telling me I had to watch Scandal!"